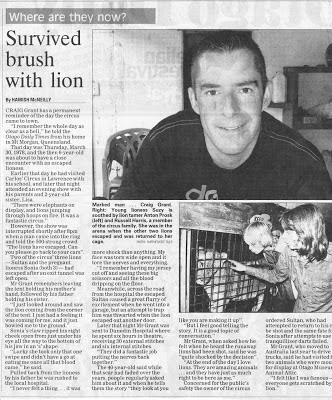 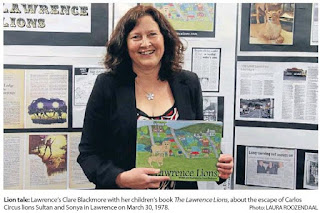 A children's book about Lawrence's most famous escapees was launched last week. Click the news clipping for a larger image 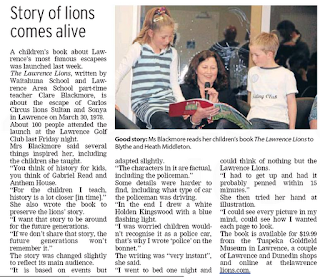 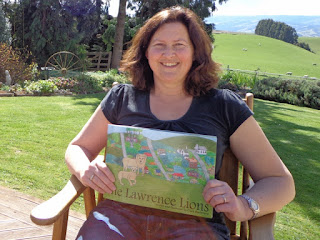 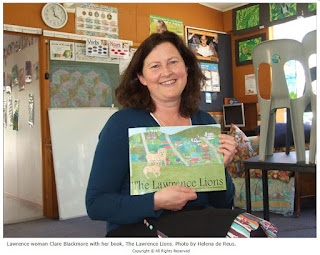 OTAGO DAILY TIMES NEWS- September 2012
A children's picture book based on the story of the lions who escaped from the circus in Lawrence in 1978 will be launched tomorrow. Click here for more...


OTAGO DAILY TIMES NEWS  September 2012 - Otago Museum has been the subject of praise, awards and criticism. Bruce Munro looks at what drives this non-traditional regional museum to punch so far above its weight.
The turtle shell lies on the floor, hidden by stuffed lions.It is a clue. 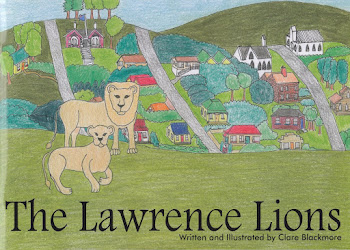 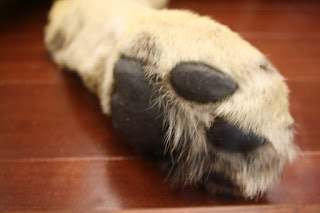